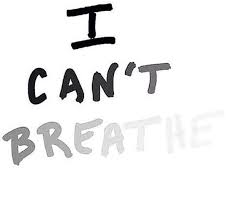 A few weeks ago former Mayor Giuliani claimed that Black-on Black crime is not addressed by Black leaders.  Not only is his statement not true, it is irrelevant.  Furthermore, the statistics describing intra-racial crime, 84% for Whites and 93% for Blacks, is not a huge difference. Intra-racial crime is expected to be high anyway because of the racially segregated society we live in. So why is America still racially segregated? Why are Black men shot by police officers disproportionately compared to white individuals? I believe that it involves the intersection of racism and basic labor economics.

Racial minorities may be defined as having traits that are highly visible, and those with more visible traits receive increased stereotyping and discrimination (Dworkin & Dworkin, 1999). Features between groups of individuals that are in sharp contrast strengthen the likelihood of both groups categorizing themselves in positive and negative ways.  Differential power, or unequal access to resources, further strengthens this effect leading to disparate treatment in every facet of the daily lives of people of color. The darker skin color of Black people is the most visible trait in contrast to all other racioethnic groups which leads to unique consequences for us in society.

The proof is in the data about how we are perceived. There are studies where viewers were shown images of a Black and White man scuffling with the former holding a knife.  A significant number of viewers, both white and Black, remembered the Black man holding the knife when asked although he was not.  There is also a vast amount of research that demonstrates the existence of disparities in hiring, wages, and treatment based on race.  Another study demonstrated that a White man with a felony has a greater likelihood to be hired than a Black man without one (Pager, 2003).  Other studies show that Black job seekers and students wishing to apply for graduate school are overlooked significantly compared to their white counterparts (see this link for a recent draft of the research paper http://papers.ssrn.com/sol3/papers.cfm?abstract_id=2063742.)   As a result, it is employment discrimination that causes a disproportionate percentage of Blacks to live in communities perceived as poorer than others. However, this is overlooked so that many equate poor, criminal, and uneducated with being Black. Overall, crime is related to socioeconomic status and not race as some try to portray.

Take Eric Garner for example.  I cannot speak for him, but as a Black man my experience informs me to believe that maybe he was allegedly selling loose cigarettes because no one would hire him for meaningful employment due to his race.  Eric Garner was not selling drugs.  He was not selling guns.  He was not pan handling for change.  Instead he was enterprising with the options he had available to him.  Such black market crimes are not monopolized by Black culture.  The first Italian, Irish, and Jewish immigrants in early American history also were enterprising and resourceful under the radar of the laws at that time because they also faced discrimination which limited their economic opportunities.  Unfortunately, Black people could not change their last name or bond with Americans under the artificially constructed “white” racial category  in order to mask our ethnicity and assimilate successfully.  As a result, while people from other ethnicities changed their circumstances, Black people could not due to discrimination based on our skin color.  This discrimination occurs until this day.

Eric Garner was someone who if given the chance would earn a living; but the harsh reality is that some people are afraid to hire a big Black man. The police are conditioned by media to be afraid of Black men.  That is why he was treated in that manner. I have been profiled many times myself, even while wearing a nice tailored suit.  We must eliminate discrimination in order to change the economic circumstances of people.  We must also change the way society and media criminalizes Black people so that we can prevent more senseless killings by police. Police training is not enough.  The mindset of everyone has to change. The next mainstream conversation has to be a candid one that is evidence-based including research because our naked eyes will miss it.  There are many individuals that refuse to believe that disparate treatment exists due to erroneous implicit biases that we hold. The following videos depict how suspects are treated nonviolently when they are not Black but armed:

This White Man Was Literally Beating Up Two Police Officers, But What Happens Next Is Astonishing

Now watch this video where there was no indictmentof the officers for killing Crawford who was planing to purchase a pellet rifle from Walmart.

And we have already seen the Eric Garner video tape where he clearly was unarmed and choked to death.

A discussion about the dismantling of a system based on race perpetuated by the media that permeates into the workplace is our only hope.  Until then, the cycle of discrimination to economic alienation to stereotyping and prejudicial violence against Black people will continue.